The only reason a man ever walked on the moon was because of the Cold War.

I’ve found the whole nostalgia trip about Apollo 11 as a ‘shining example of man’s ingenuity and determination to reach space’ quite nauseating. What a load of bullshit.

We got there first! 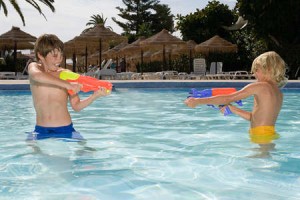 Mine is bigger than yours

Unfortunately they liked to test these toys out in proxy wars that decimated Africa and South East Asia, causing untold suffering and horror. “Cold” War was a complete misnomer if you were from Angola, and the hangover effects of those wars still reverberate through our continent today. 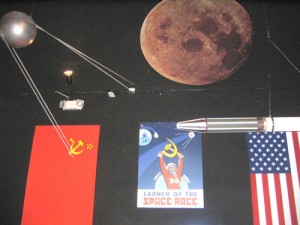 Yes, Apollo 11 was an amazing feat of science and engineering, but it was motivated by arrogance, war and nuclear fear, not some rosy Gene Roddenberry ideal of brave exploration.

That’s why the US hasn’t reached Mars or done anything cosmically significant in over 40 years – there’s nobody to race there.